Design has a huge part to play in answering the next question facing the knowledge economy.

Professional design as we know it today was born by humanizing industrialization. As handmade crafts gave way to a revolution of industrialized manufacturing, we soon realized we needed a middle step—design—to help guide our decisions of What to Make. Many contributed to the movement, including anti-technologists, avant-garde artists, futurists, and humanists, but the ultimate commercial goal of design was simple: Once the production line is revved up, a million units later, you made something worth having.

Design can help business but aims to benefit the user. The business is a secondary beneficiary of a focus on making industrial products more human, which is to say, better. Design bridges a gap between commercial intent and production with a mind on the user.

User-centeredness comes in many forms. It informs proportion and scale to suit people and to fit well in the hand. Weight, balance, material, are all ingredients that help determine production specifications so that the end result is useful, informative, economical, communicative, appropriate, cultural, timely, beautiful. Product forms seek to relate to a product's function, literally or metaphorically and inject a sense of the future. Airplanes that look like they fly at Warp 6 while standing still. Cars sprouting wings. Household fans resembling airplanes. Everything Jetsons. 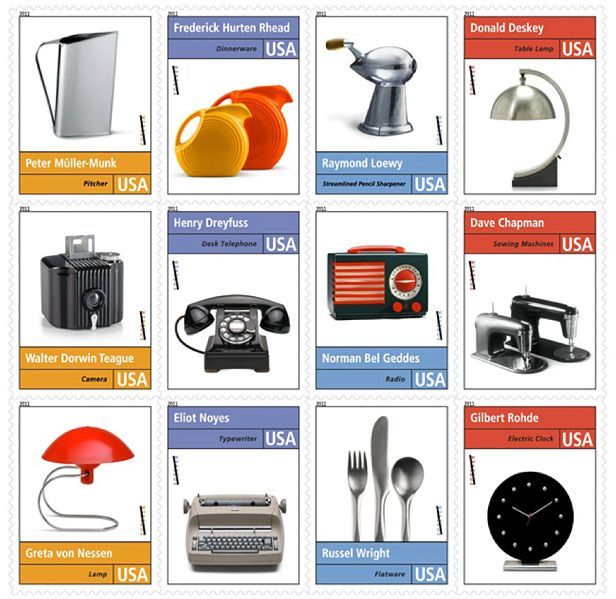 Recently issued USPS commemorative stamps feature many of these early accomplishments in making things made by machines look as if there was a human involved.

Designers and others who followed in this line of thinking worked to humanize industrialized products for more than 100 years, helping to make them more attractive, safer, healthier, smarter. Many fields of study grew from this, including myriad explorations in material and production techniques and user research trajectories like ergonomics, interface usability, and ethnographic studies.

Something worth having is something needed by people, and knowing what people need is harder than it sounds. Knowing is far more complicated when our basic physical needs have been met. And needs become relative with time. The automobile, airline travel, and television in our homes are no longer needs the same way they were before they were invented.

The wealthiest economies in the world are said to have moved beyond the Industrial Economy into a Knowledge Economy. Moore's law has proven true time and time again. We enable technology-embedded products to process more and more knowledge, in smaller and smaller devices. Apple's ubiquitous iPhone manages so much information in so many ways that it's hard to imagine what industrial-era product designers would use as a comparative product. Only the imaginary Star Trek communicator comes close. 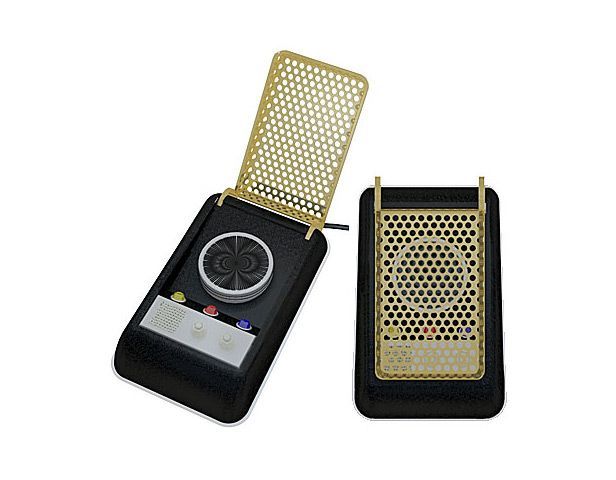 Not the new iPhone

The knowledge economy represents a shift from the economics of scarcity to the economics of abundance. How we live, work, and communicate are being affected by these economic patterns as well as the seismic shifts of technology and globalization. Products, services, whole industries are being re-invented through a revolution as wholly up-ending as that of the previous era. So design, too, is up for reframe. Of course.

The industrial era gave rise to designers who linked human needs with production, and the same is true today. Now we can make just about anything. Design has a huge part to play in answering the next question facing the knowledge economy: What to Make?

There is much work to be done in an increasingly complex, wired, and upended world. Designers have the history and skills to either lead or follow in this important work, and the stakes for design in a commercial and societal context are even higher: What will we do, follow the leaders, making their stuff worth having, or lead the charge, determining at the outset what is worth making?

What is Design Thinking?

What is design thinking, and where is it going?

Change can be hard to see. New lenses are needed to chart the course for a new era.