Originality inspires designers. We like to think that it inspires companies, too. People respond to originals, is it the originality itself to which they’re responding, or the courage to take a risk and do something unique?

During the first decades of the twentieth century, graphic identity was a novel idea. As the appetite for logos has increased, the marketplace has grown more crowded. Today, with more marks than ever vying for attention, freshness can be one way to slice through the noise. But freshness is different than originality.

When high-profile companies rebrand themselves with a new logo and a new attitude, sometimes the decisions are wise. Often, they are not. Facelifts don’t create an original face; they just make the same old one look a little fresher.

When AT&T hired Saul Bass to design the mark that would become their famous Bell System logo in 1969, the company remained committed to the mark until its breakup in 1983. The freshness may have worn off, but over its fourteen-year run, Bass’s Bell Telephone logo enjoyed a 93 percent recognition rate in the U.S.

Some of the most effective graphic identities rely more on a sense of enduring quality than on originality per se. Cuisipro employs a classic modern style that looks like it could have been designed in 1960—and we mean that as a compliment.

In the crazy picture-in-a-box world we live in, the chance of doing something graphically that has never been done before has slimmed. The real opportunity for originality opens up when designers take a chance and try something different with a logo in application. Two companies might have pretty similar logos, but express a wildly different aesthetic sensibility when they’re applied.

This Motorola program strikes a balance between the familiar and the new.

Companies often miss the opportunities presented by identity programs. That’s because doing something truly original with an identity program takes guts. Part of the reason the Nike logo succeeded was that it was an original shape, but the company also had the guts to do something different with it. They downplayed or completely removed the company name. That idea isn’t going to make it past too many clients, but not only did Nike have the guts to pursue it, they created a cultural icon by doing so.

Some of today’s most successful brands capitalize on human emotion. The organizations behind these brands focus not only on achieving business goals, but also on meeting human needs. 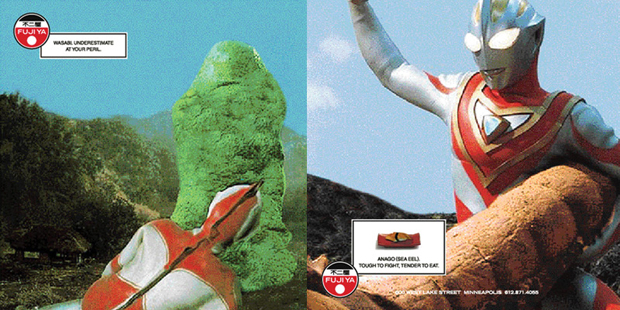 Competitors might be able to mimic Nike or Apple aesthetically, but what makes these companies true originals isn’t the fact that they have beautiful graphic identities and execute them as part of disciplined programs. In both cases, these companies also have built brands that dial into primary human needs. Original thinking developed a brand identity for each company that goes well beyond the products they make.

Brands are about ideas, and chase ideals.