Understanding the nature of the problem is the foundation of good problem-solving.

We are career-long fans of the Institute of Design. Known to insiders simply as "ID," the Chicago-based school was founded in 1939 by Laszlo Moholy-Nagy as he helped create the "New Bauhaus" in the U.S. after fleeing Nazi Germany.

The other larger-than-life Bauhaus figure to arrive in Chicago in the 1930s was, of course, Ludwig Mies Van Der Rohe, who was appointed to head the School of Architecture at what became Illinois Institute of Technology (IIT). As the story goes, even though they taught together at the Bauhaus in Germany and remain among the select few credited with largely instigating modern design, Moholy-Nagy and Mies didn't really get along. This is why to this day, even though ID eventually merged with IIT, the two schools remain separate.

ID was later led by another well-known designer, Jay Doblin , who co-formed the design-turned-consulting firm Doblin. Jay Doblin became well known for his ability to "reframe" customer problems—a technique that served clients well and added substantially to ID's evolving curriculum. Larry Keeley, Doblin's successor at the firm and thought leader at ID, recounts how it would work: "Allow me to tell you what the real problem is… " (Cue the drum roll and dry ice.)

All of this led to what ID is today: Arguably the leading school for design methods in the United States and the cutting edge of this "design thinking" thing people are talking about. ID became the first institution in the U.S. to offer a Ph.D. in design, and IDEO's famous path from product design firm to innovation powerhouse was first paved by Doblin.

Jeremy Alexis is a current professor at ID following in the footsteps of Keely, Doblin, et al. Among the courses he teaches is one called Problem Framing. According to Alexis, it turns out that "framing" may be one of the innate skills of a designer—and some of us don't even know it.

Problem framing—deciding which problems to solve—is critical. Leaders determine which problems they want to solve, and good designers like Jay Doblin have used the powerful tool of reframing (redefining the problem) for years. As Alexis points out, designers talk a lot about solving problems, but too often we don't really have a way of describing how that happens. Problem framing is Step One.

Framing is not only a class; it's a discipline, a philosophy. Some of the basic framing questions include: Are we sure this is the right problem? Should we first start with a project to determine the problem? Is this a discovery problem, or an optimization problem?

Wicked problems are not deterministic, and have no formula. Sometimes, the more you learn, the less you know.

Understanding the nature of the problem—whether it's something a team is willing to pursue, whether the problem is free of bias and sufficiently abstract, whether we have the right facts, etc.—is the foundation of good problem-solving.
  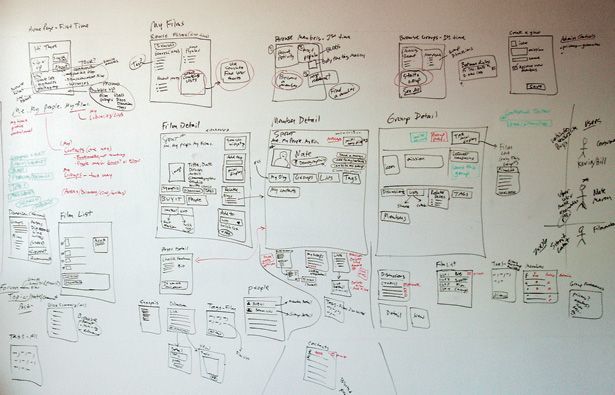 Too many designers are ADD reframers. They don't know how to throttle their reframing gene. They often get frustrated when they feel that teams aren't being innovative enough, or tend to throw everyone off by inserting widely new and different ideas too late in the process to be helpful. While it's true that often teams aren't very innovative, and great ideas sometimes come when they come, developing and flexing your reframing muscles can be a tremendous asset.

You say "puh-tey-toh," I a say "puh-tah-toh." Not everyone uses the same terminology, but it's clear that ID is making great strides in framing the contemporary design innovation space the same way Moholy-Nagy and Mies framed modern design in their day. And good designers everywhere skillfully frame problems to create the opportunity for great solutions.

We’re always open for a chat, so get in touch to find out how we can help.
Contact Us